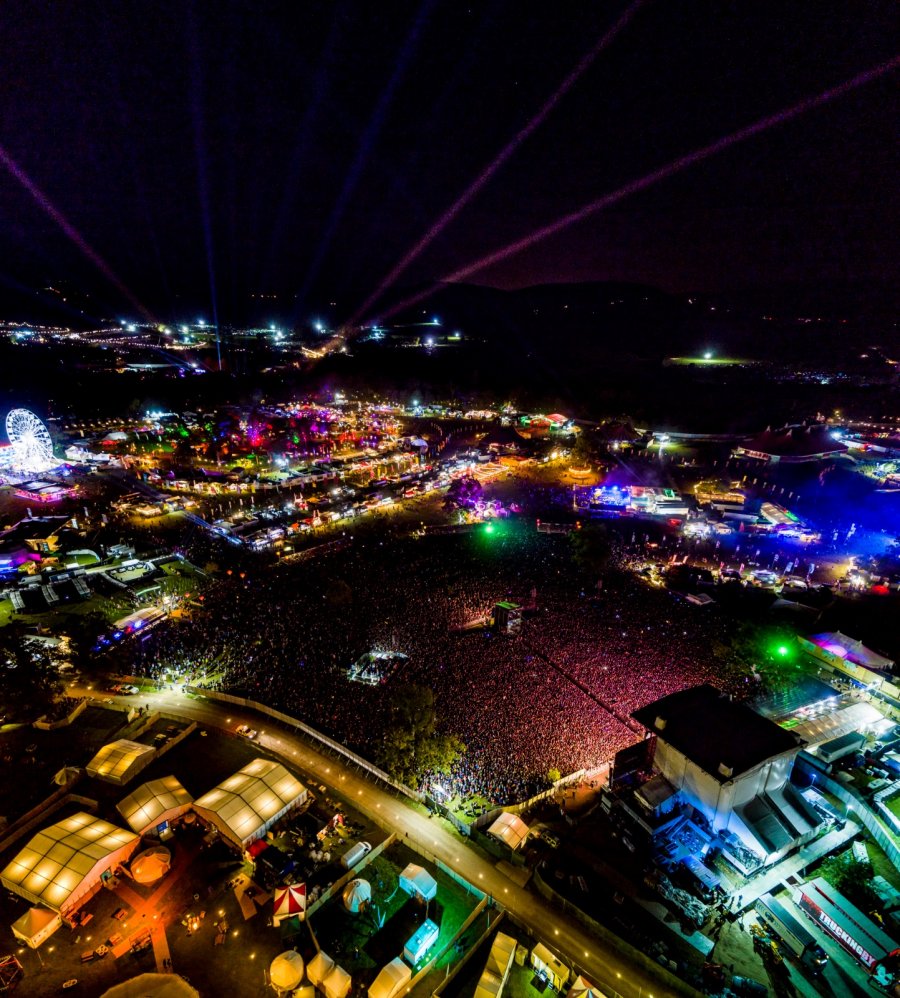 This stage has played host to some of the biggest artists on the planet. Such is the magnetic draw of Electric Picnic’s Main Stage, that it has been moved several times to make room for more people! In 2021 it moved once again to a slightly new position on the lawns of Stradbally Hall creating even more space to watch your favourite acts. This stage has had too many iconic performances to list, but some of its most special highlights include The Prodigy’s final performance with Keith Flint in 2018, Billie Eilish, Pulp, Bjork, Kendrick Lamar, Dua Lipa, Arctic Monkeys, Florence and the Machine, Nile Rogers and Chic, Roxy Music, The Killers, Grace Jones, Blur, Lana Del Rey, The Cure, Arcade Fire, Outkast, Massive Attack, Hozier and Foals.

Electric Picnic’s second stage is a sprawling tented arena just behind the Main Stage. Big enough to draw some of Picnic’s biggest crowds, but just the perfect size to make the performances feel intimate. The Electric Arena has hosted an eclectic assortment of artists throughout the years spanning indie, electronica, hip hop and pop. Stand out performances include Florence and The Machine, Charli XCX, Ed Sheeran, Sigrid, Annie Mac, The Coronas, Interpol, Wolf Alice, & Bat For Lashes.

Perched at the corner of Stradbally’s ancient Rankin’s Woods, this tented stage has been the venue for some of Electric Picnic’s most vibrant performances down through the years. With a very eclectic programme, you are equally as likely to stumble into a mosh pit, an anthemic singalong, or a full blown rave. Some of the most recent highlights include Nina Kravitz, Mount Kimbie, Dermot Kennedy, Echo and the Bunnymen, Michael Kiwanuka, Savages, Ride, and Neneh Cherry.

Three all for music stage

Three has announced they are bringing a new stage to Ireland’s biggest summer festival. The 3 All For Music stage will be home to a host of exciting international and homegrown artists across the weekend.

To celebrate the launch, Three has partnered with one of Ireland’s most exciting collectives, Narolane Records, to open the 3 All For Music stage on Saturday with an exclusive performance.

Narolane, fronted by Limerick rappers God Knows, Denise Chaila and MuRli, will be joined by a collection of guest Irish artists at the 3 All For Music stage for a very special show; a performance of songs from their new collective and collaborative EP which is due for release in September and features some of the country’s finest musicians.