ALL TICKETS FOR ELECTRIC PICNIC 2023 ARE NOW SOLD OUT

This vibrant district is perched on the northern fringes of the sprawling Picnic metropolis. Wander beyond Salty Dog and through the winding streets into its deeper warren of surprises.

Freetown is a city of sorts located beyond Salty Dog and Trenchtown, with all manner of life clinging to its sides, from German nihilism to Brazilian dwelling-houses, a Cajun bayou to a ne’er do wells’ shanty town, a cabaret hall to the hidden alleyways of a Mexican pueblo.

Flickering red lights lure you to Providencia, a retro-futuristic village on the edge of the world. Strange things happen here, in this haven for the peculiar; their infamous nightly Blok Party is a bizarre, energetic celebration of weirdness, absurdity and analogue esoterica, powering on til dawn. Picnickers venturing into Blok Party will find acts such as …

Synths, storytellers and brass clash in front of abandoned billboards flowering with strange art; glamorous pigs dance alongside gazelles to hypnotic DJs in a crashed vehicle, as print blocks sing duets with art crafted from light, and deeper inside even stranger things are afoot… the old Iglesia is home to a new kind of spiritual encounter, where Tarot blends dreamtime with real-time – here you’ll find Tarot mixed with exuberant and spiritual music that will have you dancing well into the night.

On the outskirts of the village, a cerebral fortress indoctrinates over-prescribed patients, mismanaged by nefarious staff loosely connected to an apocalyptic beauty parlour. The village moon rises through the trees. If Drum ‘n Bass is your flavour prepare to be sated.

Our Lady Of The Consumption

a parish hall turned ceilidh house – hums with the bodhran, a giant seisún stretching long into the night, spilling revellers into the dilapidated alleyways and dirty crannies of Six Bars – a warren of small snugs holding six drinkers apiece – buried down the narrow neon cityscape. Imbibe in one of the bars or all six and we guarantee you, you never know who will pop up to serve you.

Renowned international touring theatre company along with Glen Hansard and Breanndán Ó Beaglaoich bring their magical production of ‘The Crock of Gold’ to the big top in Freetown.

Based on the 1912 comic novel by Irish author and friend of Joyce, James Stephens, this entrancing production features original music composed and performed live each afternoon by Glen Hansard and Brendan Begley. They will be joined by a full international cast of troubadours and players; shadow puppetry, spectacle, dance and song.

Immerse yourself in a folk tale of grand imagination and of high philosophy, an antidote to the mundanity of our world with dreams of alternative, inspirational realities abounding! A comic and intricate web of philosophers, leprechauns, pagan gods and policemen, a tale that leads us from darkness to light whilst asking some of life’s fundamental questions.

THE CROCK OF GOLD SESSIONS: 8pm to 12am 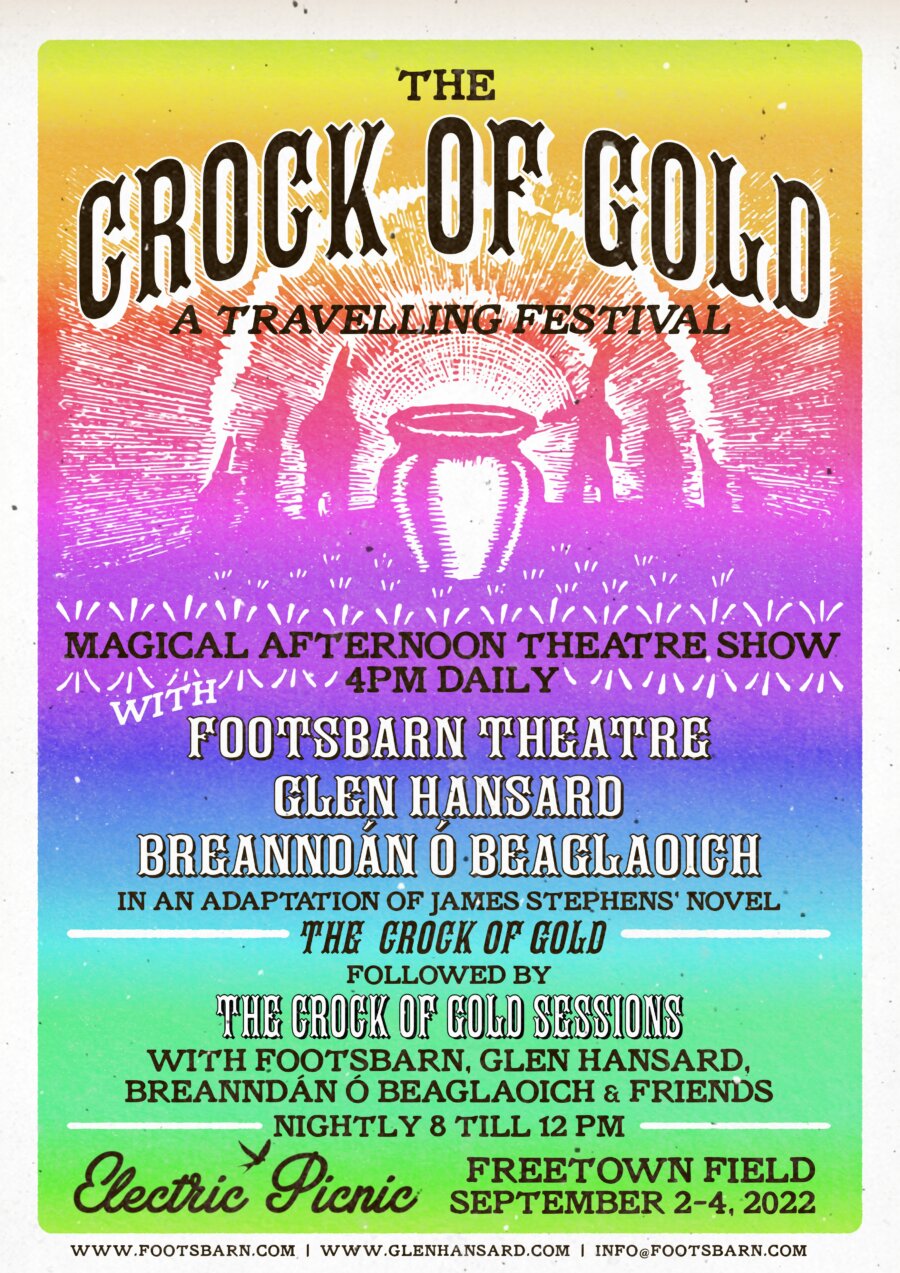 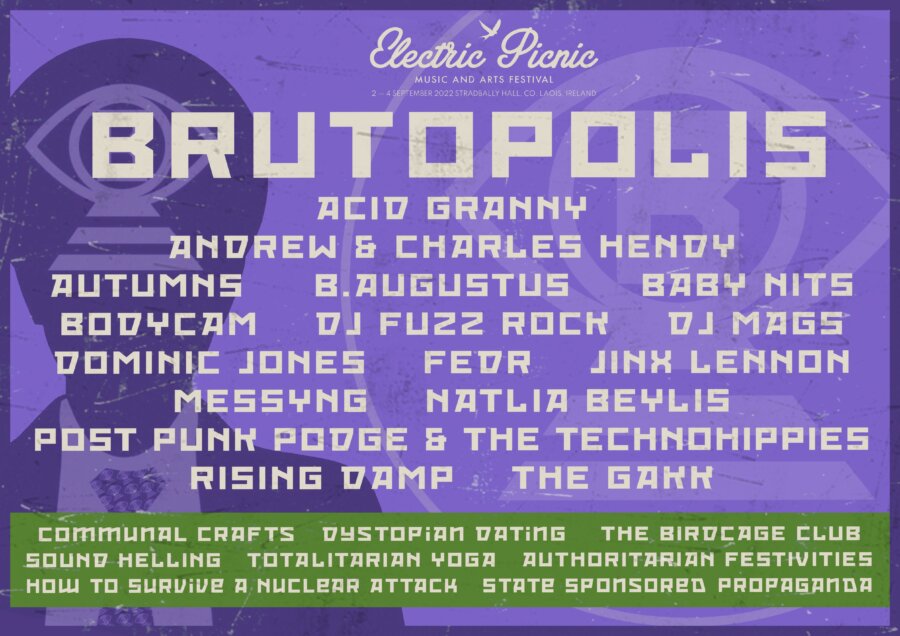 is an Eastern Block relic, where an authoritarian regime is clinging on by the whites of its fingertips to a time when people did what they were told. This is an immersive theatrical experience of a vast scale, in which a revolution against years of oppression is on the cusp of exploding.

Spike Island is an elevated swamp-hut that squats in the marshlands, cloven from drift-wood, with a defensive shell of hedgehog spines camouflaged by pond-weed, ditch-vines, elephant grass and soupy leech-sludge – the only way into this shack-on-stilts is the raised walkway through a break in the fence.

Inside is for huddling around the music – folk, trad, cajun, seisiúns of slip-jigs, creole field-hollers, Delta blues chants, beardy men playing paradiddle on a piccolo snare. Those fond of a jig may jig; those who just want to lean in closer to the smell of the mandolin-man can do so too.

Late into the night, you’d find Old Boy Meaney setting a match to the barrel-fires, and starting a bit of a song. Once you are in, it’s hard to get out.